My BHR Birmingham Hip Resurfacing has been doing a great job for 13 years and has never caused me any problems. I had my hip resurfacing with Dr. De Smet on March 15, 2006 in Belgium.

The first advantage of a hip resurfacing is that the hip device, due to its large size, allows a person to return to any of their favorite activities without restrictions or possibility of a dislocation. The old fashioned total hip replacement devices use a much smaller diameter ball as compared to size of your natural femur bone. The small size of the ball allows a hip to dislocate more easily. The size of the hip resurfacing device is matched very closely to the original size of your hip, so any movements you make are much less likely to cause a dislocation. The hip resurfacing device is acting the same way your natural hip use to function.

The second advantage is that Hip resurfacing is …

An information website like https://surfacehippy.info should not be served subpoenas or be sued.  I truly wonder what is wrong with our world.  If every website providing information was sued, the internet would be a very empty space without any information.

Why would any lawyer think https://surfacehippy.info could possibly tell a person if they were a candidate for hip resurfacing or that they must/should have a hip resurfacing?

My hip hurt, my body hurt and I needed a new hip. I had fought hip pain for almost ten years because I just did not want “half my leg bone cut off” to get a new hip replacement. It just did not make sense to me that doctors were still sawing off a big hunk of a femur bone to replace a hip. We sent men to the moon, had nuclear power and every kind of electronic device imaginable, so why are our operations still old-fashioned?

I asked myself that question quite often. One evening while visiting our local tavern, I was telling a gentleman my feelings about total hip replacement. I am not sure how the conversation started, but perhaps I was complaining about my hip pain. To my surprise, he told me that they don’t have to saw off part of your femur bone to replace a …

Patricia Walter, owner of the Surface Hippy Website, responded to his concerns about hip resurfacing in the following article:

Hip Resurfacing is a very special method of replacing a hip. Ever since I began this website in 2005, hip resurfacing has never been widely accepted by the medical community. There might be several reasons for that. One is that hemi-resurfacing which only replaced the femoral portion of the device had very poor success. When full hip resurfacing began, the situation was now metal on metal bearings, not metal on bone bearing surface. So once a procedure received poor outcomes and bad press – it never goes away, even when it isn’t the same as the similarly named option.

So many surgeons remember …

My BHR is 12 years old. I have not ever had any problems with it or my hip. The real problem is that it is doing great while the rest of my 73 year old body is wishing it could also get an overhaul. LOL

You should ask your hip resurfacing doctor as many of the questions that seem appropriate for your situation.  Your doctor should be patient, willing to talk about what to expect and answer your questions. Having all your questions answered will give you peace of mind and will make your surgery much less stressful.

Will you perform my hip resurfacing personally or have an assistant do the surgery?

How many resurfacings have you done? (not observed or assisted with or including hemi-resurfacings)

Where did you train?

How many complications have you had?

How many resurfacing failures with revision to THR have you had?

How many loose acetabular cups have you had? Did they require a second surgery to repair or a revision to a THR? 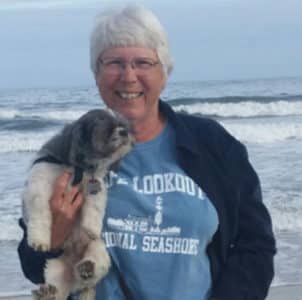 Hip Resurfacing is very near and dear to my heart and left hip. I believe it is a wonderful alternative to a total hip replacement, if you are a suitable candidate. People with painful hips want to begin living an active life again without pain. They don’t want restrictions to their favorite sports and activities. Hip Resurfacing offers that opportunity to return to a normal active life without the fear of dislocation and other THR restrictions. Hip Resurfacing is also bone conserving. If a revision would be necessary, there is a complete femur bone left for surgery. Those two basic reasons are why I believe in hip resurfacing and have a left resurfaced hip with a BHR (Birmingham Hip Resurfacing).

I was very fortunate to meet a local man in my town that had a hip resurfacing with Dr. Amstutz in CA. He …

Today (March 15, 2016) is the 10th anniversary of my BHR (Birmingham Hip Resurfacing Device by Smith and Nephew) surgery.  My BHR is still going strong with no problems at all.  It feels just like my other unoperated hip – normal.

I traveled to Dr. De Smet in Belgium in 2006 because there were not many experienced hip resurfacing surgeons in the US.  Also, I did not have health insurance and could not afford surgery in the US.  Dr. De Smet had performed about 2000 surgeries at that time and was used by many hip patients in the US.  I talked to quite a few of his patients via email and phone.  I also emailed Dr. De Smet and he answered all my questions.

My experience in Belgium was wonderful.  I received my BHR and in a few days was visiting the great shops and restaurants in Ghent.  I …